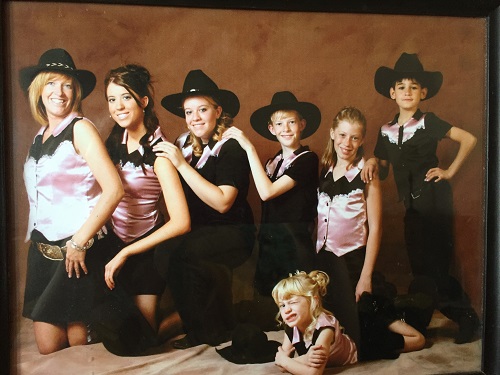 Kid Fiddlers, the Jackson Family Band originally from Salt Lake City, Utah, began performing in 2001 and celebrated 10 wonderful years! As the "kids" grew up, they learned to play many different instruments, sing, dance/clog, yodel, and much, much more. So it only made sense to change their name. They became known as in 2012, and continue to perform together with their mom holding down the bass. They surprise audiences with amazing vocal harmonies that only siblings

In 2015, they finally realized a dream come true when they were able to open their own theater! You can find them servin' up delicious chuck wagon BBQ and award-winning entertainment at the in Henderson (just southeast of